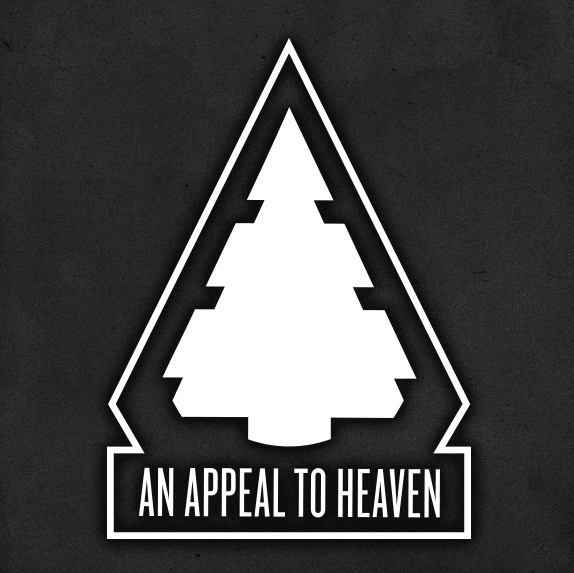 AN APPEAL TO HEAVEN // DECAL

The design of the flag came from General Washington's secretary, Colonel Joseph Reed. In a letter dated October 20, 1775, Colonel Reed suggested a "flag with a white ground and a tree in the middle, the motto AN APPEAL TO HEAVEN" be used for the ships Washington commissioned.

The following summer, on July 26, 1776, the Massachusetts General Court established the flag of the state navy with a resolution that stated in part: "...that the Colours be a white Flag, with a green Pine Tree, and an Inscription, 'Appeal to Heaven'."

The pine tree had long been a New England symbol being depicted on the Flag of New England flown by colonial merchant ships dating back to 1686. Leading up to the Revolutionary War it became a symbol of Colonial ire and resistance.