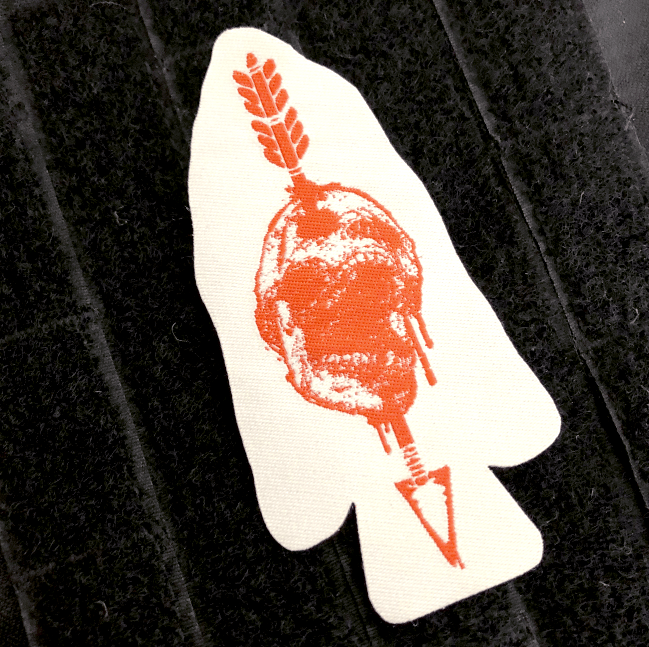 "The worst is yet to come"

This patch pays homage to these brave men of the 1st Special Service Force. This design speaks volumes as how we encounter the battle of good and evil. So much is changing in this world. When you read the history of this elite force, you can only think of how you will decide to live. How should we respond to the events that are unfolding? To be relentless and ruthless if necessary, Stand Strong!

The 1st Special Service Force (also called The Devil's Brigade, The Black Devils, The Black Devils' Brigade, and Freddie's Freighters),was an elite American-Canadian commando unit in World War II, under command of the United States Fifth Army. The unit was organized in 1942 and trained at Fort William Henry Harrison near Helena, Montana in the United States. The Force served in the Aleutian Islands, and fought in Italy, and southern France before being disbanded in December 1944.

The modern American and Canadian special operations forces trace their heritage to this unit. In 2013, the United States Congress passed a bill to award the 1st Special Service Force the Congressional Gold Medal.

While carrying out beachhead operations at Anzio, legend has it that a member of the force uncovered the journal of a German lieutenant from the Hermann Goering Division. The journal contained the following entry: "The Black Devils are all around us every time we come into the line. We never hear them come." This legend was never verified as fact by any member of the brigade; however, the force was known as the Black Devils and as the Devil's Brigade. The members of the brigade preferred the latter. General Frederick had cards printed up with the unit's insignia on them and the words Das dicke Ende kommt noch! or "The worst is yet to come" printed in red ink down the right side which the force would leave on the bodies of dead Germans as a form of psychological warfare.